Letter from a Birmingham Jail 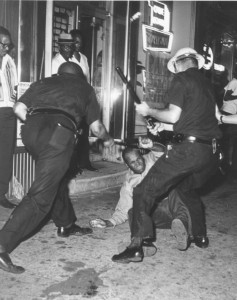 Letter from a Birmingham Jail

On April 12,  1963, Dr. Martin Luther King Jr. and nearly 50 other protestors and civil rights leaders were arrested after leading a Good Friday demonstration as part of the Birmingham Campaign, designed to bring national attention to the brutal, racist treatment suffered by blacks in one of the most segregated cities in America—Birmingham, Alabama. For months, an organized boycott of the city’s white-owned businesses had failed to achieve any substantive results, leaving King and others convinced they had no other options but more direct actions, ignoring a recently passed ordinance that prohibited public gathering without an official permit.

For King, this arrest—his 13th—would become one of the most important of his career. Thrown into solitary confinement and as previously agreed upon, King was not immediately bailed out of jail by his supporters, having instead agreed to a longer stay in jail to draw additional attention to the plight of black Americans.

Shortly after King’s arrest, a friend smuggled in a copy of an April 12 Birmingham newspaper which included an open letter, written by eight local Christian and Jewish religious leaders, which criticized both the demonstrations and King himself, whom they considered an outside agitator. Isolated in his cell, King began working on a response. Without notes or research materials, King drafted an impassioned defense of his use of nonviolent, but direct, actions.