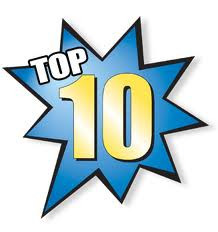 Our annual top ten lists by your hard working knowledgeable fun and talented Disc Jockeys of KBOO! These are listed by the order in which they were turned in, so make sure to keep checking back, as we add more lists to the list! Happy New Year!

Jamillah, host of Guess Who's Coming To Radio, Every Other Thursday 8-10pm

Pastures of Plenty airs Wednesdays 5:30 am -7am

I'm not going to try to rank these selections, but here are 10 great new albums
which came into the KBOO music library during 2012 [labels in brackets]

PDX BioLogic – Hosts The Soundbox every other Saturday 10pm - Midnight

And I am still thinking on my top 10 songs of 2012. So while I'm thinking of that... here are my favorite 2012 album releases that stayed in my Soundbox playlist, in my headphones, in my house speakers, in my car. Again, NOT IN ORDER.

*Life Is Good - Nas (amazing work by a veteran favorite of mine. Almost unfair to give a top 10 spot to Nas. He's a given with me. So i chose to make room for Macklemore & Ryan Lewis.)

ATENTADO - Dias de Rabia – Mini LP – La Vida En Es Mus.  Described as a “Radical Hardcore Assault”,  raw, straightforward, and ragin full on! Yes, that is a lady vocalist, maybe she is in a cave with all the echo, maybe not. It works.

BIMARKS – The Golden Years LP  - Mata La Musica Disco
Maybe I was full of rage this year, or just had a fierce need for catharsis, what with all this hardcore on the list. Bimarks do it almost the best (The Best: Lebenden Toten), the ferociousness is not fake, and yes, someone will get hurt. Such is life.

CYCLOPS-Eye Can’t Take It 7” - Johnny Cat Records
They're from Cyclops Island, and sing songs like “I Have One Eye”. Johnny Cakes can Do No Wrong.

FROZEN TEENS  - Self Titled  LP – Do Ya Hear We?
We were on tour, and played with them at a wild house show in Minneapols. We got the demo, and wore out the tape in Idaho. So stoked on this full length, continuing to rock and rule, capturing the timeless catchiness and despair of Minneapolis like Husker Du, Dragnet, and others before.

NEEDLES - Desesperación 7" – Iron Lung Records
This just came out on December 15th, and is incredible! Harsh and deep and will make you totally freak out. Thrilled! I have waited all year for a song like “Truth”.

NEON PISS – Self Titled  LP – Deranged Records
I lost my adjectives for this kind of record about 10 years ago, which is to say I love it and it's catchy and sticks with you, and it's totally just punk, without subgenres, or cliques. Also: political, kind of accessible, deep, interesting, and sticks in your head like nothing else. Amazing live band, especially at Fuckits.

REPLICA – Demo – Self Released
The 5 song demo blew my mind, as did their live performances, one which was lucky enough to be broadcast on KBOO! Thoughtful and cool people destroying generic hardcore, with joy! We are so lucky to be in on it.

SICKOIDS – Self Titled  LP - Residue
I fell for this record as a perfect example of the kind of hardcore that I found right after the hardcore I grew up with. This is cathartic, tough but not macho, and mixes it up enough to feel familiar and then throw you off right when it counts.

TY SEGALL BAND – Slaughterhouse LP – In The Red
Ty spent this year releasing more records than I could keep up with, so maybe there's a better one, but this is good enough for me. Fuzz and Howl under the influence of heat. The song “Slaughterhouse” rules. “Muscle Man” and “Mary Anne” tie for my next favorite.

TOTAL CONTROL – Henge Beat LP – Iron Lung Records
"Taking pills to remember to take pills to forget." Creepy songs, trippy songs, post punk dance numbers, the whole shebang is amazing. I love this record so much! (This is where I sneak in an honorable mention for the EDDY CURRANT SUPRESSION RING Double LP that also came out this year... also great current Australians, but you probably already know about them).

Ask me three weeks from now and I'd probably have a completely different list..  Almost all these albums had several cuts aired on the show.. ..

And here are nearly a dozen other releases that could have been on this list, since it's really hard to whittle things down to 10....

1. Jimmy Cliff - Rebirth. Produced by Tim Armstrong (Rancid, Operation Ivy), the 64 year old Cliff knocks it out of the park. His voice has never sounded better as it soars and croons through 13 songs ranging from autobiographical to political.
2. Chuck Leavell - Back To The Woods. Longtime sideman (Allmans, Rolling Stones, Eric Clapton) steps into the spotlight, pays tribute to the blues, gets nominated for a Grammy.
3.  Dr John - Locked Down. Produced by Dan Auerbach of The Black Keys and has his band's trademark dirty, crunchy sound. A chunky, spicy gumbo.
4. Mickey Hart - Mysterium Tremendum. The Dead's percussion master tapped into the rhythms of the universe, then wrote songs to them. You could listen to the album in the time it would take him to explain how he did this.
5. The Pines - Dark So Gold. Atmospheric Americana at it's finest from these Midwesterners. A hypnotic slow burn.
6. Jerry Joseph & The Jackmormons - Happy Book. Most solid studio release yet from this longtime local stalwart and his trio. Best local release of the year.
7. Lymbyc Systym - Symbolyst. Tough to categorize, joyous to listen to. Percussive, ambient, jazzy,.eclectic. A massive step forward for this band.
8. moe. - What Happened To The La Las?. A very well realized and consistent jam rock studio album from this Buffalo, NY quintet. Really not as easy a trick to pull off as it sounds.
9. Victor Wooten. Sword And Stone/Words And Tones. The Flecktones' bass maestro's twin CD's are two sides of one groovy, funky coin. An album so nice, he made it twice.
10. Dangermuffin - Olly Oxen Free. - The fourth CD from these SC road warriors, and easily their best. Tuneful, jammy, with  warm vocals and hum along hooks.