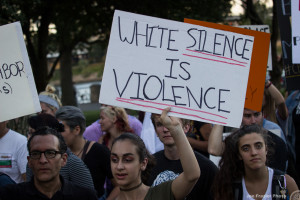 Thanks, KBOO members & contributors, for your support during our membership drive. You can always join or contribute. Clicking on the image below is one way.

When Health Care is Under Attack, What do we do?

SHOW UP, FIGHT BACK!

The hearing record needs to be filled with strong statements of opposition from organizations and individuals with stories of the devastating impact this would have on people, including people with disabilities and pre-existing conditions.

Starting around 11 am ET (8 am PST) today 9/21/2017, the following email address will be active for the public to submit testimony for Monday's hearing on the Graham Cassidy bill:

This is where groups and individuals can send letters, testimony, video links, photos, stories, etc. regarding the proposed legislation. Please copy your U.S. Senator when emailing your comments, letters, videos, etc.

Under the Influence: All Trumped Up
Funhouse Lounge, 2432 SE 11th

The Black Panthers: The Vanguard Of The Revolution (With DJs after)
7:30pm Gil's Speakeasy, 609½ SE Taylor

This is a Black Spatial Imaginary, two performances and whatnot
3–4:30pm Paragon Arts Gallery, 815 N Killingsworth

Pints From the Past: A Century of Black History in Oregon
7–8pm Lake Theater & Cafe, Lake Oswego

Under the Influence: All Trumped Up
7pm through Saturday, September 30 at 8:45pm Funhouse Lounge, 2432 SE 11th

How We Can Control the Rent
7–9pm Unite Oregon, 700 N Killingsworth

A League of Their Own film screening, a benefit for NorthStar Clubhouse
7–10pm Clinton Street Theater, SE 26th & Clinton

Pronouns and Beyond: A conversation about gender & sexuality in the 21st century
10am–noon Friendly House, 1737 NW 26th

Fundraising Dinner to Support Oaxaca After Earthquake Damage - advance RSVP (full disclosure: the owner of the restaurant is a friend of ours)
6:30–10pm Mi Mero Mole, 32 NW 5th

Fight Fire with Fire - a benefit for Friends of the Columbia Gorge
8pm Dante's, 350 W Burnside

The Church's Response to the T in LGBT
7–9pm Southminster Presbyterian Church, Beaverton