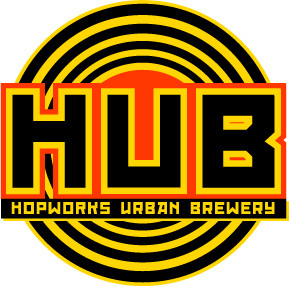 KBOO IPA HUB
KBOO is proud to partner with Hopworks Urban Brewery to introduce the British Invasion IPA, on tap now at both locations!

$.50 of every pint sold will be donated to the station.

In addition to brewing up this special fundraising beer, Hopworks is underwriting the following shows on KBOO:

<P>I'd recently heard about this new HUB brew for KBOO and thinks it's a fantastic way to raise money for the station.&nbsp; As a fan of HUB and it's IPAs,&nbsp;I know&nbsp;I will be doing my fair share of enjoying the ale while helping support this great station!&nbsp; That said--just to be clear--this isn't the first IPA named for KBOO and/or a KBOO program.&nbsp; Check this out:</P>
<P><STRONG>Mcmenamins: Shocks Of Sheba IPA<BR>On tap now @ Mcmenamins Kennedy School </STRONG><BR>This IPA was brewed and named after the KBOO reggae show "Shocks of Sheba". It is an early Wednesday morning show that treats listeners to some of the best reggae selections around. The ale is crisp, boldly hopped, and brewed with intention. Although perhaps not as strong as the music that inspired it, SOS IPA is quenching and drinkable. We will be pouring it all around the Kennedy School and suggest you listen to the show and stop by for a pint or three.</P>
<P>That was written over a year or so ago, when the first batch was brewed!&nbsp; Ben, the brewer, has been listening to Shocks of Sheba for years--long before we were ever introduced; he has even pledged monetary support for Shocks of Sheba/KBOO during pledge drive!!!&nbsp; To have a brew named after you in the company is a bit like winning the lottery; we (Teresa &amp;&nbsp;I, hosts of Shocks of Sheba) considers this a HUGE honor, and love the crisp IPA.&nbsp; It's pouring&nbsp;currently at the Kennedy School in all bars,&nbsp;in fact, so go get yourself a pint!</P>
<P>m.</P>

Thanks awesome! Did you

<p>Thanks awesome! Did you approach Ben or did Ben just take the bull by the horns on this?&nbsp;Any idea how they are promoting it? Conrats to you and Teresa.</p>

Oh, no, I didn't approach

<P>Oh, no,&nbsp;I didn't approach Ben.&nbsp; It's a given everyone in McMenamins would love a beer named after them, but how tacky to ask for one!&nbsp; This was all Ben's idea; he just came to me to let me know he created a special recipe&nbsp;in honor of&nbsp;our&nbsp;show, and wanted to know if we'd like to help with the first batch.&nbsp;So Teresa &amp;&nbsp;I both helped with the weighing of hops, stirring them in&nbsp;and such, so we have both become a part of the Shocks of Sheba IPA&nbsp;brewing process.&nbsp; Since I work for McMenamins,&nbsp;I have helped a little with each batch so far, which is pretty cool too.&nbsp; This is,&nbsp;I believe, the fourth separate batch they have brewed.&nbsp; As far as promoting it, not much going on&nbsp;there.&nbsp; It's just listed as IPA on the beer boards, but if someone asks what IPA it is, they'll tell them it's Shocks of Sheba IPA.&nbsp; And I'm fairly sure it is only available at the Kennedy School location.&nbsp; All&nbsp;I know is that it's quite an honor, as silly as that sounds.&nbsp; We always have some, every time it's pouring!&nbsp; Thanks for the congratulations!</P>
<P>m.</P>