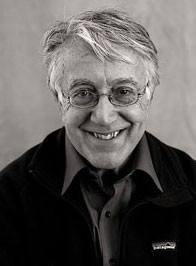 Occupy the Economy with David Barsamian, a benefit for KBOO

An evening with David Barsamian

Occupy activists are asking, “What’s next for our movement.” David Barsamian says the movement must go deeper in tackling the decades-long assault on the 99 percent. In this special Portland appearance, the founder of Alternative Radio will share from Occupy the Economy: Challenging Capitalism, his latest book, co-authored with prominent economist Richard Wolff.

David Barsamian is the award-winning founder and director of Alternative Radio, the independent weekly audio series based in Boulder, Colorado.

Listen to David Barsamian talking about Occupy the Economy on KBOO

He is the author of numerous books with Noam Chomsky, Howard Zinn, Eqbal Ahmad, Tariq Ali, Arundhati Roy and Edward Said. His best-selling books with Chomsky have been translated into many languages. His latest books are Occupy the Economy: Challenging Capitalism with Richard Wolff, How the World Works with Noam Chomsky and Targeting Iran. David's interviews and articles appear in The Progressive, Z, The Sun and other publications.

He is winner of the Media Education Award, the ACLU's Upton Sinclair Award for independent journalism, and the Cultural Freedom Fellowship from the Lannan Foundation. The Institute for Alternative Journalism named him one of its Top Ten Media Heroes.

Not in Portland? David Barsamian is speaking in Eugene, Corvallis, Florence, and Hood River between 4/20 and 4/25. More details can be had here: http://www.alternativeradio.org/pages/speaking-engagements