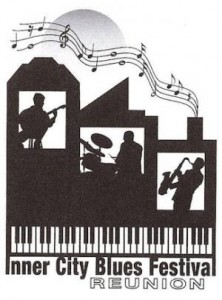 Healing the health care blues with an evening of music and information.
KBOO is a proud co-sponsor of the Inner City Blues Festival Reunion—“Healing the Healthcare Blues”
Featuring Norman Sylvester and a host of Northwest blues stars.
It all happens on Saturday, April 14, 2012, at the Melody Ballroom, 615 SE Alder, in Portland.
Doors open at 6:30 pm--  the show is 7:00 pm till Midnight
Tickets: $15.00 ($1 discount for CBA members).  Tickets available online at:
www.ticketsoregon.com
Or purchase them at one of these locations:
The Oregon Single Payer Campaign is throwing a party to “Heal the Healthcare Blues”.
The Inner City Blues Festival was a popular, annual event sponsored by the Portland Rainbow Coalition that ran from the 1988 “Jam for Jesse” Jackson until the last Inner City Blues Festival concert in 2003.  In the spirit of the Rainbow Coalition, many Northwest blues stars that performed in the festival in the past are coming together for a night of music that will benefit the work of the OREGON SINGLE PAYER CAMPAIGN for a universal, affordable healthcare system for all Oregonians.
Included in the program are:
Norman Sylvester Band with special guests:  Lloyd Allen, Sara Billings, LaRhonda Steele, Sonny Hess, Jim Mesi, Richard Arnold, Bill Rhoades and
Peter Moss
Lenanne Miller-Sylvester & Janice Scroggins in a “Tribute to Lady Day” (Billie Holiday).
Lloyd Jones Struggle---Rhythm and Blues
Chatta Addy---African Drum Procession and Performance
Mad as Hell Doctors---Local doctors “sing out for single payer healthcare”.
Shoehorn---Tap and Sax sensation
Celebrity Masters of Ceremonies for the evening are Paul Knauls, a NE Portland businessman and former owner of legendary blues/jazz clubs Geneva’s and the Cotton Club & Renee Mitchell, former columnist for the Oregonian.
Reforming the healthcare system would benefit all Oregonians by replacing an expensive and complicated system which is dominated by a multitude of private insurance companies, with a single non-profit agency that would collect and distribute funds equitably and fairly according to the principle of Universal, Affordable Healthcare for All, “Everybody in—Nobody Out”.  For more information about the Inner City Blues Festival Reunion and the Oregon Single Payer Campaign go to: www.singlepayeroregon.org.  To purchase tickets online go to www.ticketsoregon.com.
Food and Drink available for sale, no host bar, 21 and over
This concert is a benefit for the Oregon Single Payer Campaign.
Topic tags:
Development Blog

<p>I think I will go to this. Thank you for getting the word out, Ani!</p>