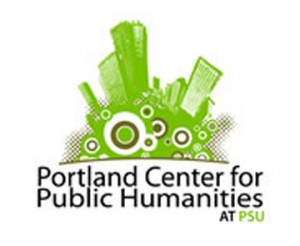 2:00PM: Joseph Slaughter Lecture: “Curious Creatures and the Languages of Human Rights.” Lecture is followed by a brief respondent by Alastair Hunt from the Portland State University English Department and Q&A.

9:00 AM: Roundtable discussion and faculty seminar.
11:00 AM: Karen Engle Lecture: “The Force of Human Rights:  How
the Human Rights Movement Became Infatuated With Criminalization”. Followed by a brief respondent by John Parry of Lewis and Clark School of Law and Q&A.

Joseph Slaughter teaches and publishes in the fields of postcolonial literature and theory, African, Caribbean, and Latin American literatures, postcolonialism, narrative theory, human rights, and 20th-century ethnic and third world literatures. Slaughter is a founding co-editor of Humanity: An International Journal of Human Rights, Humanitarianism, and Development; he has co-edited a special issue on “Human Rights and Literary Form” of Comparative Literature Studies. His book, Human Rights, Inc.: The World Novel, Narrative Form, and International Law (Fordham UP, 2007), which explores the cooperative narrative logics of international human rights law and the Bildungsroman, was awarded the 2008 René Wellek prize for comparative literature and cultural theory. He is currently working on two book manuscripts, “Pathetic Fallacies: Essays on Human Rights, Humanitarianism, and the Humanities” and “New Word Orders: Plagiarism, Postcolonialism, and the Globalization of the Novel,” which considers the role of plagiarism (and other piratical textual practices) in the circulation and development of the novel form.

Greg Mullins is a Member of the Faculty at The Evergreen State College, where he teaches comparative literature, American Studies, and human rights. His work centers on the cultural practices of human rights, and on literary engagements with the cultural politics of rights. He is the author of Colonial Affairs, a study of colonialism and sexuality in American expatriate literature. His essays on literature, sexual rights, and human rights have been published in ALS, Callaloo, MELUS, and Peace Review, as well as in journals in Morocco and Brazil.

Karen Engle is Cecil D. Redford Professor in Law at The University of Texas School of Law, and founding director of the Bernard and Audre Rapoport Center for Human Rights and Justice. She is also an affiliated faculty member of Latin American Studies and of Women’s and Gender Studies. She teaches courses and specialized seminars in public international law, international human rights law and employment discrimination. Professor Engle writes and lectures extensively on international human rights law. Her recent works include The Elusive Promise of Indigenous Development: Rights, Culture, Strategy (Duke University Press, 2010), “The Force of Shame” (in Rethinking Rape Law)(Routledge, 2010)(with Annelies Lottmann), “Indigenous Rights Claims in International Law: Self-Determination, Culture and Development” (in Handbook of International Law)(Routledge, 2009), “Judging Sex in War” (Michigan Law Review, 2008), “Calling in the Troops: The Uneasy Relationship Among Human Rights, Women’s Rights and Humanitarian Intervention” (Harvard Human Rights Journal, 2007), and “Feminism and Its (Dis)contents: Criminalizing War-Time Rape in Bosnia and Herzegovina” (American Journal of International Law, 2005).