Get involved in the KBOO Evening News team! 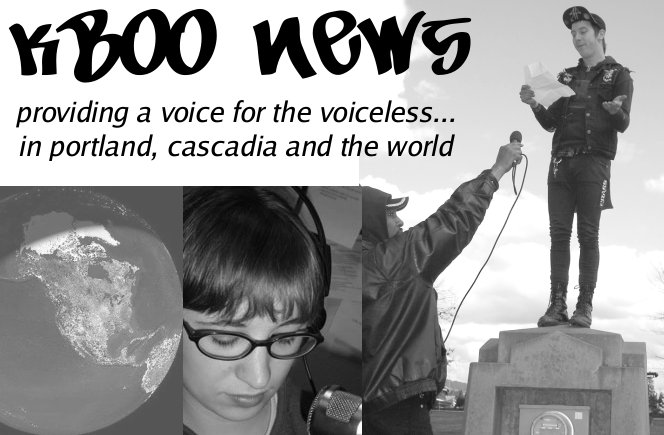 To ethically unearth abuse of power and betrayals of the publics trust concerning business, government, organizations or any other institutions, where ever they exist by using the tools of fair reporting and investigative journalism to hold those manipulating or inverting liberation and power for their own gain accountable, through the consistent spotlighting of these disparities.

KBOO News specifically has won awards for its coverage of local and national news over the last several decades and this year formed an Investigative Team dedicated to the time, resources and meticulousness this form of deep reporting requires. The KBOO News Investigative Team is a small group  individuals obsessed with uncovering the truth one grain at a time regardless of how long it might take.

Kboo Evening news and public affairs was founded a few years after KBOO Community radio first broadcasted to the Portland, Oregon area close to 50 years ago back in 1978. Both are committed to the voice of the people, by the people.

KBOO is YOUR community radio station, and you can participate

What can I do in the news department?:
o    KBOO provides free trainings for volunteers.
o    Train as a radio news reporter/ producer/ researcher. Learn writing for radio, reporting, digital audio editing, interviewing techniques, voicing technique, producing radio news & features (including in-house and field recording techniques, audio selection).
o    Be part of the news team, and learn all parts of the news production process.
o    Prepare reports and projects for broadcast on the KBOO News

KBOO has ten paid employees and over 400 volunteers.  News volunteers work with many other volunteers and staff members. The schedule is somewhat flexible (morning or afternoon hours), but please note that the main production timeline for Evening News is from 10 am -4 pm each weekday.

Qualifications:
We don’t have prerequisites, but a passion for news and current events is a plus!